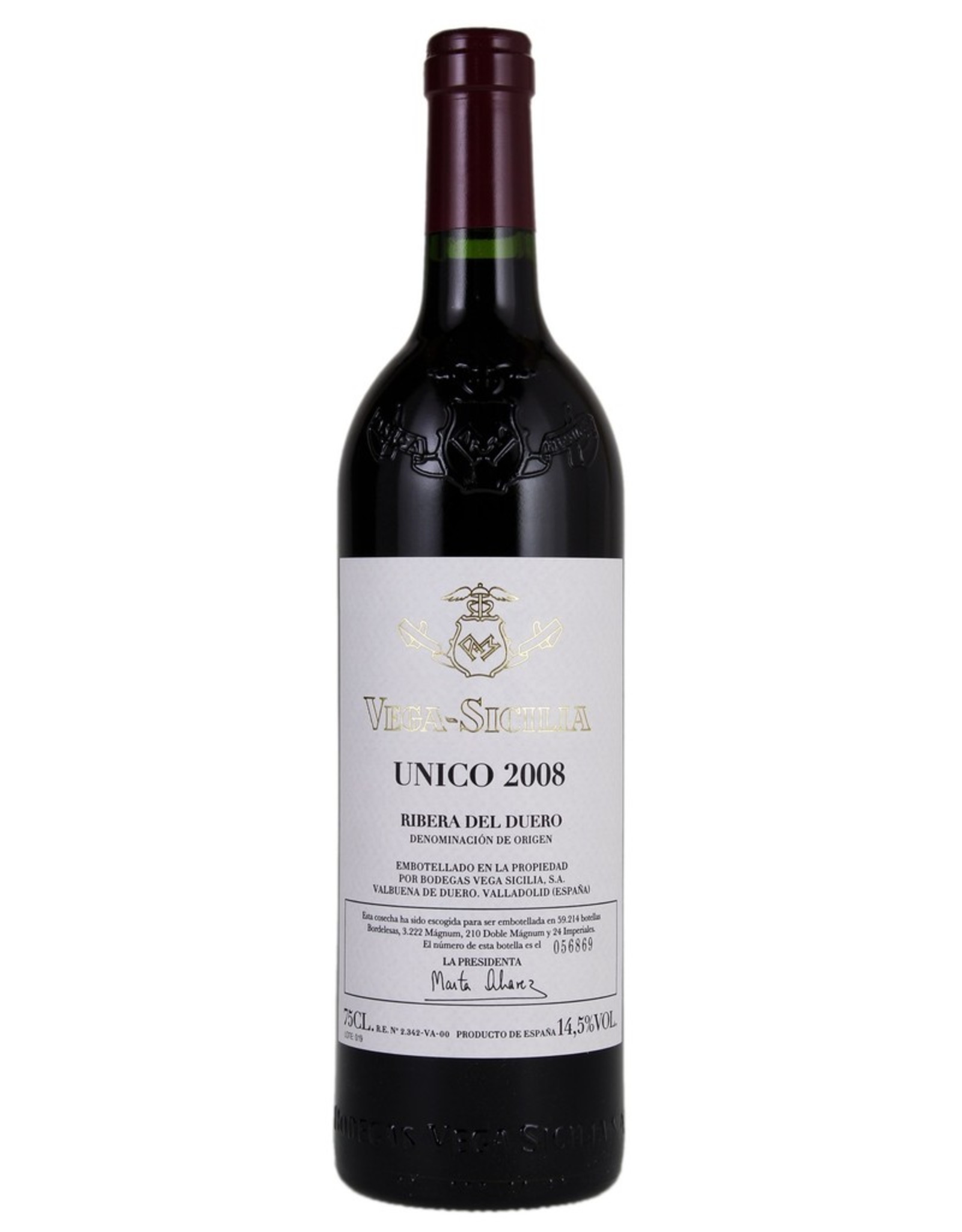 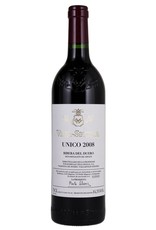 2008 was a challenging vintage in Ribera del Duero, a vintage marked by a severe frost on September 24th. The vineyards of Vega Sicilia were saved by some anti-frost burners that really made the difference. Even though, there are only some 70,000 bottles of 2008 Único, a wine that will be released around March 2016 after the 2007, and before they sell 2005 and 2006. It's a fresher, more mineral version of Vega, and very much Vega in character. It has a certain aroma that I cannot define that I also found in the 2011 Valbuena. The palate is surprisingly polished; the wine is quite accessible from now on, with fine tannins and a subtle thread of acidity going through the core. This is a lighter version of Único, but one style I like very much; it's a wine that should drink well throughout its life. A triumph for the vintage conditions.

Savory flavors of tobacco, mineral, smoke and spice frame a core of cherry and pomegranate in this red. Harmonious and graceful, supported by well-integrated tannins and fresh acidity. Has deceptive depth and complexity. Drink now through 2028.

This is the Vega Sicilia flagship. The qualities of the Tempranillo and cabernet sauvignon in different proportions are assembled to perfection in this wine. Each provides a differentiating factor that makes the wine great in every vintage.

The vines are grown on plots where the land is located at the point between the slopes down from the wasteland and the alluvial plain. The soil nearest the surface is made out of fine colluvial deposits from the hillside with small fragment of limestone. There is abundant quartz gravel deeper down in a sandy main soil. There are many angular limestone boulders on the surface.

After its fermentation, its goes through what is probably the world's longest ageing of a red wine, almost 10 years between wood and bottle. The different stages take place in different types of barrel: American and French wood, new and used 225-litre barrels, 20,000-litre vats, each batch is what determines the type of wood and the time spent in each container.

After the stage in the wood, it is aged in the bottle to complete a long and complex ageing process. It will normally spend 6 years in wood and three in the bottle.

The different elements in its preparation are fine-tuned in the search of the master line that has guided the wine. Único remains true to a clear and well-defined style, with an inimitable character and style; elegance, strength, ageing capacity... A unique and timeless taste that has elevated it to among the aristocracy of the great classic wines.

It offers an infinite complexity that is gradually revealed, in every sip, the palate immensely silky and elegant, and has an ageing capacity that only a handful of wines in the world can claim.